Home > 3 Ways BC is Flipping the Script

3 Ways BC is Flipping the Script

The film industry in British Columbia (B.C.) continues to flourish with major international projects like Pachinko, Peter Pan, and Riverdale currently in production. Learn why major studios are attracted to Hollywood North.

British Columbia is Canada’s largest and North America’s third largest full-service motion picture hub, after Los Angeles and New York City, and has held this title for years. From physical production talent, services and infrastructure, to being one of the world’s largest animation and VFX clusters, through to world class post-production services, B.C. is recognized as a leading international hub and innovator within this global creative industry.

Collaboration is at the heart of B.C.’s success – between the Motion Picture Production Industry Association, B.C.’s depth and breadth of talent represented by six unions and guilds, over 2.5M square feet of studio space, myriad service and supply companies, eight regional film commissions, 35 municipal film offices, Trade and Invest BC and Creative BC, the economic development organization responsible for provincial motion picture tax credit administration and the home of B.C.’s provincial film commission, delivering services from marketing and script breakdowns to industry and community affairs.

All of these resources and more come together seamlessly and strategically as partners to make doing business in B.C. easy for local and international productions alike.

One Jurisdiction with A World of Looks

B.C. is depended upon also for geographic diversity From wooded wilderness or desert sands to urban, ocean front or snowy peak, B.C.’s locations and province-wide film commission services cover creative requirements for any production. A little-known fact is that Vancouver’s Gastown agreed to retain now decommissioned power poles in its streets and alleys all in order to ensure that these locations’ looks could continue doubling for those of other U.S. cities.

In addition, the province shares L.A.’s time zone, so a three-hour flight brings Hollywood conveniently to Vancouver, with such proximity as another distinct advantage for Hollywood productions. In addition to the incredibly friendly crews, something productions always comment on, it’s really beautiful here. Big names love coming to B.C.

Netflix, Warner Media, Prime Video and Apple TV bring A-listers to all corners of the province each year. Recently, Dwayne The Rock Johnson praised Surrey as a wonderful city and Jason Momoa starred in See, enjoying the breathtaking natural locations near Campbell River on northern Vancouver Island. Ryan Reynolds, who was born and raised in Vancouver, has expressed his great fondness for Canada and especially for his hometown of Vancouver (@VancityReynolds on Twitter). Korean superstar Lee Min Ho is here filming Pachinko, an adaptation of the Min Jin Lee novel that follows four generations of a Korean immigrant family in America. The book made Barack Obama’s recommended reading list. With the massive fanbase of Lee Min Ho, 23.5M on Instagram alone, watching, B.C. is bound to attract a new base of admirers to our beautiful and diverse landscapes.

Check out what’s currently in production.

Both socially and environmentally, B.C. has prioritized sustainability of the industry in addition to ensuring economic success and viability of production in the province.

Environmentally sustainable production efforts in British Columbia are made easy through Reel Green, an industry-supported initiative including training, educational and infrastructure resources, a carbon calculator for production use and more.  Going green is front-and-centre with a collection of best practices to help productions reduce their environmental impacts toward improving the industry’s overall environmental footprint.

With a World of Looks all within proximity, this geographic advantage also helps keep the carbon footprint small for producers seeking to access all locations in one province by further reducing flights. By capitalizing on delicious local  produce and fresh seafood for cast and crews,  and the fact that 98% of the energy in B.C. is from renewable resources, productions are greener for choosing B.C. as Vancouver is consistently ranked among the greenest international cities in the world.

In terms of equity, inclusion and workforce sustainability, the majority of which is a talent base of close to 70,000 artists, technicians, digital designers and engineers in a rapidly growing industry, B.C.’s entire motion picture industry network is committed to access for all British Columbians to the economic opportunities offered by this sector. Domestic producers, associations, unions and guilds, live action services, animation/VFX and post-production communities, as well as hundreds of trusted industry supply companies are engaged in individually initiated and targeted initiatives addressing equity, diversity and inclusion. From training the workforce to industry attraction and promotion of the many types of careers within it, the focus is expansion and more visible and accessible entry points for new and skilled individuals from all communities, including clear and deliberate pathways for all people to participate in and strengthen this workforce.

Included in a large directory of B.C. resources focused on Equity, Diversity and Inclusion for a socially sustainable industry, is Collective Bunch, a resource started by Vancouver-based content creator to showcase the community of culturally diverse (IBPOC) crew and creatives working in screen-based industries. Another resource is Calltime: Mental Health, which is an initiative created by British Columbia’s motion picture industry unions. B.C. motion picture workers and their families can use this resource for mental health or substance abuse support.

Indigenous creators and talent are making shows that blend current popular cinematic trends with traditional First Nations teachings and history, like Monkey Beach. Filmed around Kitimat, south of Prince Rupert, Monkey Beach melds Haisla culture, spirituality and supernatural forces. The documentary series The Wild Ones follows the team of Xeni Gwet’in and non-Indigenous cowboys who manage the wild horse population in the Cariboo region of B.C. Supporting diversity and expanding sustainability in the motion picture industry is part of building an economy that works for everyone.

To learn more about B.C.’s creative industries or to bring your next production to B.C., contact Creative BC, home to the provincial film commission. Tune into innovative, sustainable, inclusive film and television opportunities in British Columbia. Follow Trade and Invest BC on LinkedIn or Twitter for regular updates. 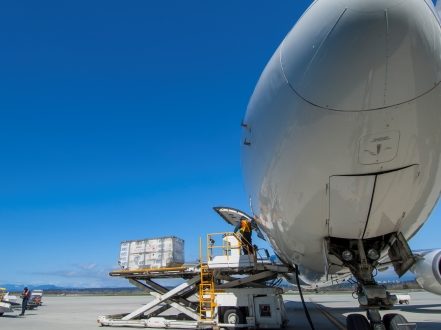