FTXT Energy Technology Co., Ltd. (FTXT global group) recently celebrated the establishment of its first facility in North America, located in North Vancouver.  The company is building on the success of the hydrogen fuel cell sector that already exists in British Columbia, where several international companies have opened or expanded facilities. 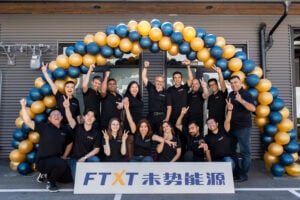 This facility is the home of FTXT (Canada) Energy Technology Co. Ltd. which is responsible for advanced fuel cell stack technology development for the FTXT global group.  The North Vancouver location joins an international team of more than 1,000 individuals located around the globe including Canada, China, Germany and Japan.

Having just officially opened the facility in August, FTXT Canada is already in the process of looking for a second facility in the Greater Vancouver area to further expand its operation.  FTXT Canada received strong support from Trade and Invest British Columbia (TIBC) and Invest in Canada.  TIBC continues to support FTXT Canada on its expansion plan.

To find out about other companies that are expanding into British Columbia, follow us on Twitter and LinkedIn.