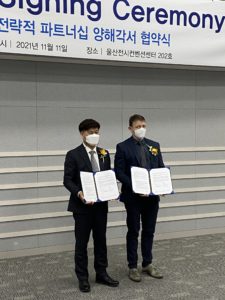 Loop Energy, a hydrogen fuel cell solutions manufacturer, is re-shaping the transportation and industrial markets previously deemed too difficult to electrify. Based in Burnaby, British Columbia, Loop Energy is a rapidly growing developer, manufacturer, and supplier of hydrogen fuel cells to the world’s vehicle and power generation system manufacturers. Their hydrogen-electric solutions deliver dramatic advancements in comparative fuel cell performance that could enable diesel replacement without functional or financial sacrifice.

Loop Energy’s innovative eFlow technology, a patented system of batteries and hydrogen fuel cells, uses less hydrogen to generate more energy. It provides up to 90% higher peak power versus industry equivalent and up to 10x better current density uniformity, plus up to 16% better fuel efficiency and the type of reduced costs that could double the bottom line – while making a significant impact on climate change. 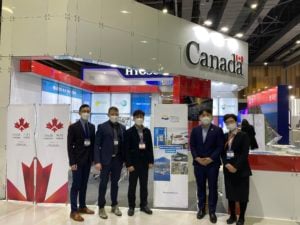 H2 WORLD International Hydrogen Energy Exhibition & Forum is one of the two key anchor events related to hydrogen mobility and energy in South Korea. The exhibition, attended by several B.C. companies, was a prime opportunity for Trade and Invest BC to showcase the Province’s advantages and strengths in the domain of hydrogen. The Korea team co-hosted the Canada/B.C. pavilion and several B2B networking events marking the Loop Energy and NGVI commercial agreement. Potential end-user, Seoul Bus, attended the event, along with the Ulsan Techno Park, Korea Hydrogen Industries Association, and significant Hydrogen/Fuel Cell companies in Korea, including JNK Heater, Deokyang, and Wonjin.

Shifting gears, Canada and South Korea are accelerating the adoption of hydrogen and powering a transition to a low-carbon future. In 2021, as part of its CleanBC goals, British Columbia became the first province in Canada to announce a hydrogen strategy. The Canadian Hydrogen Fuel-Cell Association (CHFCA) originated in B.C., and more than 50% of Canada’s fuel-cell and hydrogen sector companies operate in the Province. In 2020, South Korea rolled out its ‘Korean New Deal.’ As part of the CA$180 Billion program, South Korea identifies hydrogen as one of the central strategies of its green climate policy to help the country decarbonize. South Korea was the first country to implement the hydrogen law, with global Korean conglomerates such as Hyundai, SK, Hanwha, and Doosan supporting the movement.

Are you looking for trade and export services? British Columbia is strategically positioned to leverage the growing hydrogen economy. Contact Trade and Invest BC. Our global network of Trade and Investment Representatives can help you establish the right connections – and learn more about hydrogen production, research, use, and export opportunities with British Columbia.